May Musicians be Considered Independent Contractors under California AB-5? A Thought Experiment

Warning: The following piece suggests a legal test strategy devised by a musician.

California’s new law, AB-5, is causing fear and panic because many have assumed it will disallow freelance musicians from continuing to work as independent contractors. Changing musician’s workplace status to “employees” creates so many tax and reporting difficulties that it threatens to destroy the live music scene in the Golden State.

At its core, the law uses an “ABC” test to determine a worker’s status. It’s been my experience during an over-40-year career as a commercial artist, that professionals outside the arts frequently benefit by a clear explanation of the specific day-to-day activities of creative workers. I’ll argue here through descriptions of the nature of work a musician performs and by drawing parallels to other, exempted, professions that in fact musicians very neatly pass the test and may continue to do business as they have before passage of the new law. 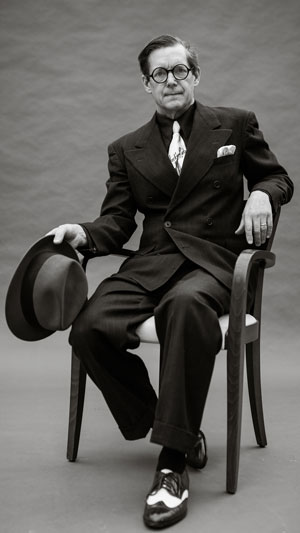 People unfamiliar with the daily life of a musician may assume (incorrectly) that the time performing before an audience is the bulk of their activity. In fact this is only the tip of the iceberg of a musician’s labors. In addition to the tasks of self-promotion, negotiating contracts, booking other professional players, bookkeeping, equipment maintenance, rehearsing, writing and arranging, there are the endless hours spent practicing one’s instrument. We often work more than 40 hours a week at our profession (I invest an average of 6 hours a day practicing alone) while only a few hours a week may be in actual performance. All this time is spent in our studios unseen and unsupervised by our clients. Any attempt to pass as a professional musician without engaging in these necessary and unsupervised actives would be short-lived indeed. This is akin to lawyers (an exempted profession under AB5) who may spend many weeks in preparation for only a brief time in the courtroom under the eyes of their client.

(B) The person performs work that is outside the usual course of the hiring entity’s business.

A bandleader hired to provide musical entertainment is easily argued to be performing work outside the core business of a venue (for example selling food and drink). This is much as an accounting firm supplies a necessary but distinct service to a variety of clients.

But under AB5, a bandleader is also an employer. What of the side musicians sharing the stage and under the brief direction (for the duration of the performance) of the bandleader? Those arguing that they’re all musicians, and therefore not working outside the usual course of the the bandleader’s business, fail to appreciate the extreme specialization and diversity of tasks on display in a musical group. A bandleader (itself a distinct activity) may also play saxophone, but must hire a piano player, vocalist, guitarist, drummer, bassist, and so on. Not only is it impossible to perform these tasks simultaneously, but they are not interchangeable activities or skills. Each is clearly unique within their own specialization. (As a bandleader, I can’t play any of these other instruments, and can assure you any attempt to do so would bring a swift end to my career.) This is the same as a team of doctors — another exempted profession — assembled by a lead surgeon prior to an operation. An anesthesiologist, nurse anesthetist, operating room nurse, surgical tech, resident, and physician assistant are all there, contributing their unique work to complete the procedure.

(C) The person is customarily engaged in an independently established trade, occupation, or business of the same nature as that involved in the work performed.

This is the most easily passed of the three tests as freelance musicians commonly work for a wide variety of clients and are part of constantly shifting personnel within many different bands.

Enforcement
Much of the interpretation and impact of AB5 is still unclear, including how the law will be enforced (despite California budgeting nearly $20 Million for enforcement.) Other states such as Massachusetts, which have had a nearly identical law in force since 2012, rely on a path requiring cities and the state to challenge a company’s worker classifications through legal action. This would presumably allow independent musicians to establish legal precedent by arguing the above rationale in court.

When folks ask Jack who his favorite saxophonist is/was, the answer is usually “Johnny Hodges!” “The Rabbit” (as Hodges was known for his childhood love of lettuce sandwiches) was Duke Ellington’s star alto sax man for many decades. For a brief period in the late 50s and early 60s he recorded with his own small combo (which audiophiles can purchase here, or the budget-minded may stream here).

This series of recordings in particular inspired Jack’s original composition, Chasin’ The Rabbit. We’re pleased it’s become a favorite with our fans.

We are enormously thrilled and grateful for this swell review from the journal of record for vintage jazz, the Syncopated times!

Read it for yourself here! 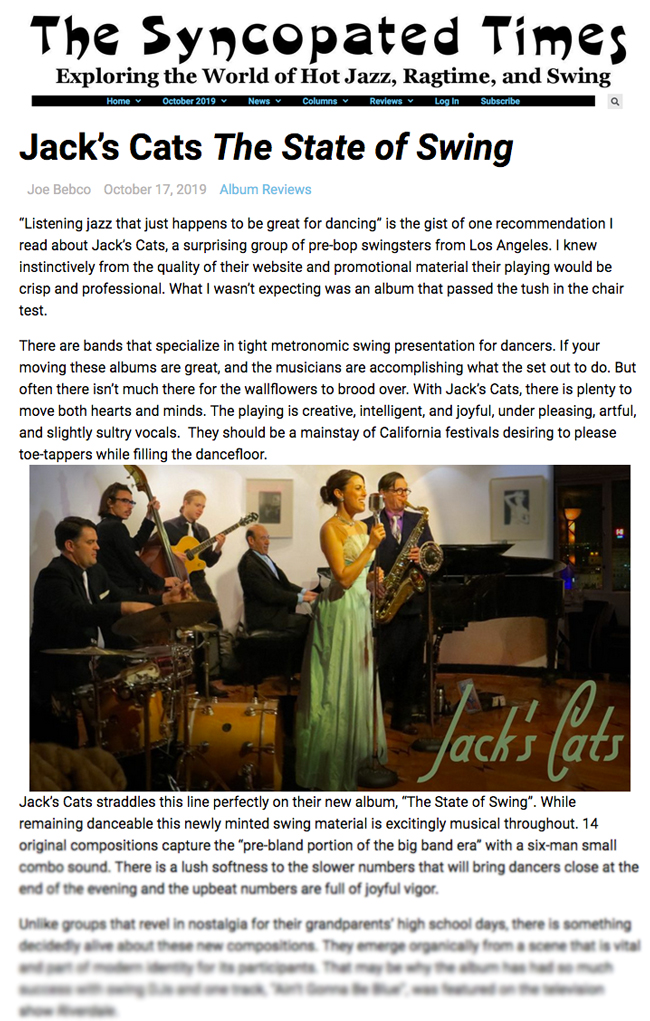